Classic Nature is also at

This Album Was Over Two Years In the Making. This Music Is Meant To Follow The Flow Of Nature From Late Winter Through Spring Into Summer And On Through Late Fall.

I Hope You Find Some Peace Of Mind Giving Thought To Nature Being Nature, The Birds, Bees, Wind,  Flowers and the power of God.

The following may help you see nature in the music.

This CD opens with bird songs and is shortly interrupted (musically) by wind, snow flurries and the seemingly endless winter.

From the first chirps, we are reminded of our faith that spring will come, only after winter is finished. Almost without notice, we'll wake to find spring is awake.

Spring wakes, rushing to become spring with its might and glory all around us.

Spring calms, as we find the days getting longer, working harder, and we yawn more and more approaching summer.

We'll plant our gardens and watch as our sprouts of sunflowers grow into captains, watching over our gardens.

The Iris too will waltz, while the sparrows fall in love.

As we usher summer into place, the butterflies flutter put us in a lazy summer mood.

Some travelers tell of waves of golden grain, and seasons of change.  The bumblebee is not to be bothered, no matter where he is found, on city streets or deep in nature.

My favorite flower has a beautiful and mysterious melody. With fall approaching there are a few beauties still blooming.

All to soon the leaves begin dancing, the color of fall is in the air.

And finally as the days get shorter and cooler, sometimes we can watch the wings of southern geese as they fly toward warmer winter land. 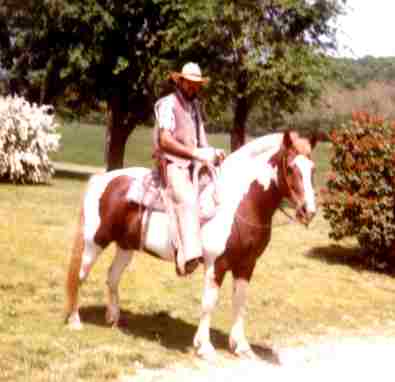 Jim grew up on a farm in the middle of the U.S. He milked cows and planted fields through his high school years, during the ‘British Invasion’. He was interested in making new music at that time but had no idea how to go about it. After high school Jim found a job and a stint in the Navy. He made it through a marriage and divorce and all the usual heartaches, and is married again.

Jims doctor advised him to retire from the railroad or die, when his nerves gave out from too much stress. He took up writing music as a serious hobby and hasn’t slowed down since. After he had written several songs over a little more than a year, he got the idea to share them with other music lovers. Hence ‘Classic Nature’ came about, something he just had to compose.

Jim has been writing lyrics, poetry, and stories for the past several years, (since 1984), and has a published country song with a music publisher, still waiting for release. He attributes his ability to his mother - pianist, and his father - played the sax. His mother played in concert halls around the country, which has made him believe in himself and his music over the years.

Jim would rather listen to a good song than watch TV. He was a member of the Missouri Cowboy Poets Association, and is still writing new songs. As part of the over fifty club Jim stays active with church, honey do’s, and the music he loves to write.